Toronto, ON— Gideon Raff, the Executive Producer and Director of the Emmy-award winning television series Homeland, was the keynote speaker at The Canadian Shaare Zedek Hospital Foundation’s signature event, From the Heart. The Foundation’s annual fundraising event invites individuals who embody a strong passion coupled with a humanitarian focus, to share their personal stories.

This year, the event was mounted in partnership with Beth Tzedec Congregation and took place on Thursday, November 21, 2013 at Beth Tzedec Congregation in Toronto.  The evening included a VIP cocktail reception, dinner, presentation and champagne dessert after-party. The National Post’s, Managing Editor of Comments, Jonathan Kay interviewed Raff as part of his keynote address.

Raff was born in Jerusalem and after serving three years as a paratrooper in the Israeli army, completed a degree in Film at Tel Aviv University.  Now an acclaimed film and television director, screenwriter and writer, he is best known for the award-winning 2010 Israeli television drama series Hatufim (Prisoners of War) and its acclaimed US adaptation, Homeland.   He was chosen to speak because of his determination to raise awareness about POWs returning to their families and the psychological trauma that they face following captivity.

Additionally, the campaign selects an exceptional community leader from across Canada to receive the Kurt and Edith Rothschild Humanitarian Award in recognition of outstanding leadership and commitment to advance humanity.  The award recognizes the finest qualities of individuals, who like Kurt and Edith, have raised the bar through extraordinary vision, accomplishments and the pursuit of justice.  At this year’s event, Senator Linda Frum presented The Hon. Irwin Cotler with this inaugural award for his unwavering commitment to advancing human rights, advocating for Israel, and fighting anti-Semitism, racism and terrorism.

“The Hon. Irwin Cotler is an individual who, during his lifetime, has exemplified the essence of humanitarianism.  He was the unanimous choice to receive the Rothschild Humanitarian Award in recognition for his outstanding leadership and vision,” explained event Co-chairs, Bernie Abrams and Norman Bacal.

The evening attracted over 300 guests, with net proceeds from the night supporting the Israel Defense Forces (IDF) Clinic at the Shaare Zedek Medical Center in Jerusalem as well as the renewal of Beth Tzedec Congregation, helping to rebuild the Synagogue to ensure it remains a vibrant community destination for Jewish living.

Located in the heart of Jerusalem, Shaare Zedek is the city’s fastest growing hospital and the only major medical facility in the city’s centre treating over 500,000 patients annually.  An academic health science centre fully affiliated with Hebrew University School of Medicine, Shaare Zedek is deeply committed to treating patients of every race, religion, nationality and political view with compassion for all human life. Shaare Zedek does not receive any Israeli Government funds for education, equipment or research and the funds raised by the Canadian Foundation support Shaare Zedek’s efforts to provide world-class medicine by educating clinicians, funding scientific innovation and research. The IDF Clinic also serves as a peacetime military hospital, annually treating more than 12,000 soldiers.  In addition, the Hospital collaborates with the IDF on emergency preparedness and is the designated regional center for the treatment of victims of biological attacks. Recently, Shaare Zedek doctors were called upon by the IDF to send a team to the Philippines as part of the rescue and recovery mission following the recent typhoon.

Toronto’s Beth Tzedec Congregation is the largest Conservative Synagogue in North America, serving over 2,500 member families.  The Synagogue offers a rich and varied year-long calendar of programs and services to its members and the larger Jewish community from its landmark Bathurst Street building. 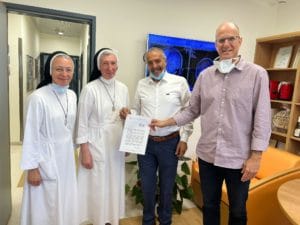 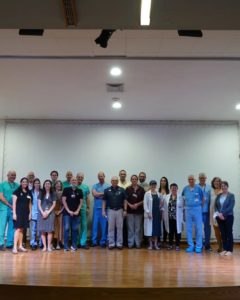 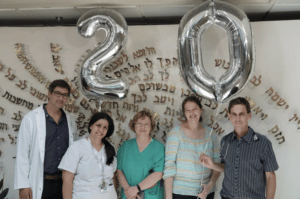