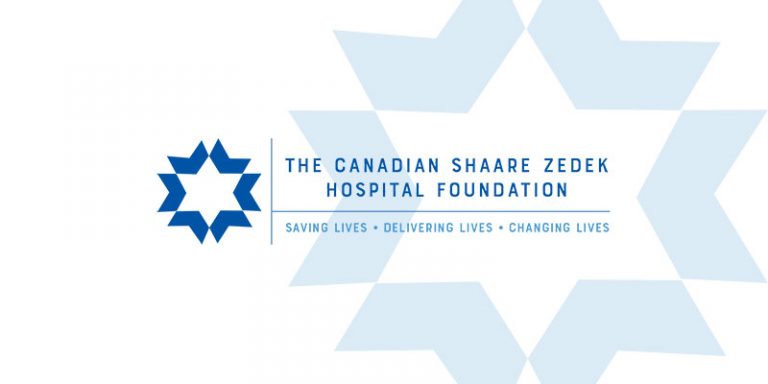 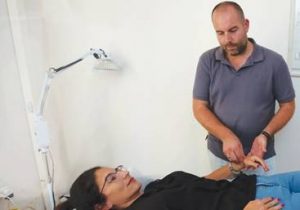 In many ways, Oz Levy represents the future of medicine. While not a doctor himself, the expert practitioner of Chinese medicine has a vision where Western and Eastern medicines are combined, each complementing the other to form a robust set of solutions, both ancient and cutting-edge, for the modern patient.

Levy began his studies in Israel in 2002. He attended Reidman College, where he studied various types of Chinese medicine, and then went on to the Tmurot school in Tel Aviv. He then went to China, where he lived for a year, studying and doing his internship in the city of Hanzaou.

“It was the best chapter of all my time studying,” Levy recalls. “I worked for a local hospital and experienced the real Chinese way of life, seeing where everything came from. I learned from a Chinese doctor with white hair, a white beard and a white shirt. I really saw where it came from: the medicine of the village.

“That’s what it is, actually; medicine that is 3,000 to 4,000 years old from a little village in China when there were no X rays, tests or MRIs, just knowledge. This was the time and place where medicine was still art. This kind of method requires understanding the body and the person; only then can you properly treat them. You don’t treat the illness, you treat the person. This is the method that we follow until now. In China, I could really see that. I saw where it came from and where it’s going, how everybody is practicing it and feeling it. I have colleagues who were there with me who I’m still in good professional and personal communication with today.”

When Levy returned from China in 2008, he began working in Jerusalem’s Shaare Zedek Medical Center almost immediately. He cites it as a big leap, going from the small hospital in China to the bustling hospital in Jerusalem.

He received an initial phone call about working in Shaare Zedek in an outpatient department as an outpatient employee. While he loved having the ability to administer acupuncture in the clinic, he wanted to be able to treat the patients of the hospital as a hospital employee.

Ten years later, Levy has become a cornerstone of Shaare Zedek’s Center of Integrative Medicine, and is now a hospital employee. The shift happened about four years ago when Levy decided to leave his post at the hospital. After a long conversation with Dr. Menachem Oberbaum, who is now the head of the center, they hatched a plan to change things for the better. First, Levy would no longer work as an outpatient employee with no benefits. Second, he and Oberbaum would start offering acupuncture in Shaare Zedek’s labor and delivery rooms and in all departments relating to pregnant women.

“Mostly, we see women who are pre-labor, in labor, and post-labor,” Levy explains. “At Shaare Zedek, women who come to give birth can get acupuncture at any stage of their labor for free. This is acupuncture given by people who are part of the labor room team, not hired independently. This is unique to Shaare Zedek. It’s not a special service; we are there. When a woman comes in who is in labor, whether it’s a regular delivery or something more complicated, we are there as part of the team.”

According to Levy, acupuncture is beneficial for a variety of different things: labor induction, pain management, anxiety, and even helping the baby move into different positions. “The options are endless,” he adds.

“We treat with acupuncture more than 1,000 women a year, and in Shaare Zedek and Bikur Cholim Medical Center there are about 22,000 births a year.”

Approximately 13% utilized the acupuncture services, and that percentage is rising every year. A testament to this is the fact that Levy began working in Chinese medicine at Shaare Zedek by himself, and today the department consists of 11 people, all employees of the hospital. This is unique and noteworthy.

“The hospital decided to write in bold font on their flag, so to speak, that they have acupuncture for women in labor,” Levy says. “It’s not just that we do this, it’s that the hospital said it should be part of the system. That is what is so unique.”

Levy runs the Chinese medicine unit within the Center of Integrative Medicine, which also includes homeopathy. The unit is divided in two: inpatient acupuncture and an outpatient clinic. Right now, the only kind of Chinese medicine on offer is acupuncture, but the unit also conducts plenty of rigorous research, most of which centers on the subjects of women, pregnancy, and labor.

Current research is focusing on pain during pregnancy, specifically symphysiolysis, or posterior pelvic pain. This is a syndrome from which women in all stages of pregnancy can suffer. It is rather common and can be debilitating.

“It happens when they are working, lying down, standing or sitting up,” Levy adds. “Some of them even need to use wheelchairs because it gets so bad. Unfortunately, Western medicine has no solution for it other than resting with their feet up. We offer some solutions through acupuncture, but with the research, we want to demonstrate that acupuncture is a strong and effective tool for this problem, which has no other solution.”

When Levy began offering acupuncture through Shaare Zedek’s Chinese Medicine Department, it was strictly for pain management. But since 2016, the scope of acupuncture’s healing abilities has widened considerably. Most women are now referred to the department for labor induction. He emphasizes that they see results on the monitor from this all the time.

LEVY ALSO has a larger goal. “When I lecture,” he shares, “I remind people that we can have better medicine. Not by changing medicine but by adding more tools to our toolbox. Even though these tools are very old, it doesn’t mean they’re not effective. This is why our department is integrative medicine, not just alternative medicine, because we want to combine the methods and the solutions. Most of the time, we get a Western diagnosis, and we treat it with the tools of Chinese medicine.

“Typical medical treatments tend to address only the symptoms. By treating the symptoms, you are missing the roots. It’s like treating a sick leaf on a tree; if you just cut it off, a new one will replace it. But if you treat the tree itself, you will get better leaves and eventually better food. Chinese medicine allows us to see things differently and give better options, not just as tools of treatment, but by changing perceptions and points of view, how we see our body and our health.”

Levy sees being sick, although not enjoyable, as an opportunity for learning from the body. If something is off, how can it be fixed and what steps can be taken toward a more permanent solution? According to Levy, contracting the flu, for instance, is not just an issue of feeling bad and missing days of work or school; it is the body saying that something is wrong and needs to be addressed.

Levy has not been sick for 15 years. He believes this is because he has gotten to a point where he understands his body and can see what may come up, what it needs, and how to treat it. It is a truly holistic approach to health.

“We used to have the word of the doctor,” he explains. “The doctor was like a god for us. Then people started to open their eyes, ears, and minds to search for other solutions. Today, you have doctors who refer their patients to Chinese medicine because they don’t have a solution. I get it all the time. Patients here want something else, something in addition. The word of the doctor is not always the last word. Patients in Israel are asking, ‘What else is there?’”

In Israel today, Chinese medicine seems to be both more mainstream and more available. Levy says that in Europe or America, for instance, offering Chinese medicine is much more complicated, as it relates to insurance and licensing, according to the stringent rules of the health departments. In Israel, while practitioners still have to be trained and qualified, the Health Ministry does not oversee the dissemination of Chinese medicine, which grants patients more access to it and perhaps allows doctors to more readily see and acknowledge its benefits.

That the center at Shaare Zedek is called integrative medicine is very telling. It implies combining Western tactics with Eastern wisdom. Levy emphasizes that it can never, and should never, be only Chinese medicine or only Eastern medicine. It must be a combination of the two.

“We are treating the same people,” Levy continues. “We are strongest when the two are together and complimentary. Unfortunately, not every doctor accepts this; some still see it [Chinese medicine] as something that is fake or has no merit. But in Shaare Zedek, doctors ask for it and even get acupuncture themselves. Chinese medicine is part of the overall medicine of Shaare Zedek, and this is a big step forward.”