Shaare Zedek Medical Centre staff took great joy in participating in the wedding last month of Katia and Meir Pavlovsky. Meir was stabbed multiple times in the back in a terror attack in Kiryat Arba 10 months ago, arriving at Shaare Zedek with a 10% chance of survival.

In an interview published by the Hebron Fund, Pavlovsky recalled the horror of the attack.

“I saw my intestines coming out and I was holding them in my right hand and I lay on the ground,” recalled Pavlovsky. “I looked to my left and saw I was lying in a pool of blood. I started saying ‘Shema Yisroel’ and made a reckoning of my life. What I had accomplished so far. What I hadn’t done yet. I kept thinking I was going to die.

“By the time the ambulance arrived, I had lost three litres of blood, but I was still conscious. We took about 40-45 minutes to reach the Shaare Zedek hospital in Jerusalem. The medics were nervous, but I said that they didn’t need to hurry, I was going to die anyway.

“I was given an anaesthetic at the hospital, and I passed out. When I came to, the doctors said that I my liver had been cut into by two centimetres, my stomach had been cut, and in my back the knife had punctured two ribs and my lungs.

“The doctors estimated my chance of survival at 10%. And I was rescued from this state, thank God, by our Israeli medicine.”

Pavlovsky, the son of a devout Christian family who became interested in Judaism at age 11, defied the odds, leaving the hospital a week after the attack and proposing for a second time to his fiancée, Katya Tailor in Chevron.

Shaare Zedek plays a crucial role in providing emergency care to the citizens of Jerusalem, treating 80% of victims of terror in the city and its surrounds. The hospital is now rolling out a state of the art Neurosurgery Institute which will treat victims of terror attacks and car accidents who require specialized brain and spinal surgery. It will also provide comprehensive care for all types of neurological incidents and diseases.

Dr Allan Garfield, Chairman of the Australian Friends of Shaare Zedek notes that the AFSZ is now raising funds to pay for specialized operating instruments for Shaare Zedek’s Neurosurgery Institute.

“The Australian Community has a close relationship with Shaare Zedek, funding key projects that help the hospital in its crucial role. Shaare Zedek receives minimal funding from the Israeli Government to pay for buildings and equipment, yet there is great pressure to expand and respond to increased demand.

“We are so happy that we have merited the opportunity to build another Jewish home,” said Pavlovski after the Chuppa. This is one small act of revenge against terror and with Hashem’s help we will continue and become stronger.” 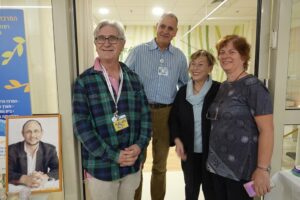 A Touching Tribute: A First-Of-Its-Kind

A touching tribute: a first-of-its-kind holistic treatment room has just opened at the Helmsley Cancer 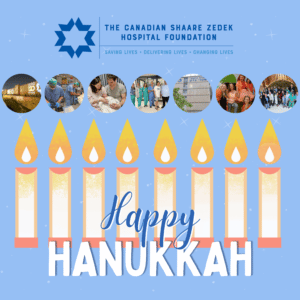 Hanukkah is a Jewish holiday that celebrates a number of amazing miracles. In honour of 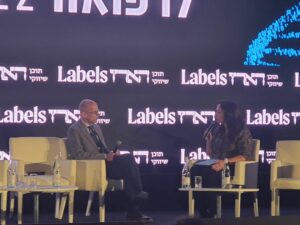 “When Shaare Zedek opened its doors 120 years ago, the hospital consisted of 20 beds.