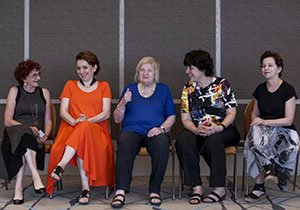 With an unprecedented five women acknowledged this year, the EMET Prize has given them their well-deserved moment to shine

I can tell you from my own experience that I did not think of applying for the EMET Prize,” Prof. Ephrat Levy-Lahad, director of the Fuld Family Medical Genetics Institute at Shaare Zedek Medical Center, said bluntly.

The revelation is both shocking, unfortunate and, ultimately, far too common among accomplished women.

Why, after all, shouldn’t someone of Levy-Lahad’s stature deem herself worthy of such a prize? The renowned geneticist co-wrote a breakthrough study in the Proceedings of the US National Academy of Sciences recommending that all Ashkenazi Jewish women undergo testing for BRCA1 and 2 from the age of 30 instead of only if a blood relative or the women themselves contract breast cancer. She has spoken around the globe about the ever-dynamic world of genetics and how it can influence our everyday lives. She is, ultimately, one of the most respected researchers in her field – regardless of gender.

Her hesitancy to put her name forward, she believes, comes from years of women thinking that their place belongs in the wings of the stage.

This year, however, the EMET Prize has put five outstanding women squarely where they belong: in the spotlight.
“I think there are a number of barriers, but probably the biggest is that women are not applying for awards and prizes. The scientific and medical establishment around them are not thinking of supporting them as candidates,” Levy-Lahad told The Jerusalem Post Magazine.

“I think there are a number of studies that have been done which show if you look at percentage of candidates versus the percentage of people who win the prize, if women actually applied and are candidates, then they receive the award at the same rate as men do. They just don’t apply because they think they are not worthy.”

Levy-Lahad is grateful to Prof. Batsheva Kerem, Hebrew University president adviser on the advancement of women, “who encouraged my candidacy which was put forth by Prof. Rivka Carmi, the president of Ben-Gurion University.”
“She actually sent me an email and said, ‘Are you applying?’ I said, ‘No.’ She said, ‘I think you should and I’m going to take care of it.’” So I just think how important it is to push women and the society around them.”

Hebrew University President Prof. Asher Cohen is delighted that three of the winners hail from his institution and is particularly impressed by the number of women honored.

“As a university, we are very proud we have so many awardees. It testifies to the quality of the university,” he said. “I am also very proud that we are talking about women. We are very happy that some of our amazing women within the university are now recognized in both science and arts.”

Ben-Gurion University of the Negev head Rivka Carmi, herself the first woman president of a major Israeli research institution, is very proud of the roster of winners this year.

“I’m so happy and really elated to realize this year we have five women winners, which is really a big deal,” she said. “I strongly believe that bringing women in equal numbers to the table – in any field – improves the achievements and results that are expected from any organization.”

The other four women being honored this year – a first for the prize – are Hanna Engelberg-Kulka for life sciences; Eva Illouz and Hanna Herzog for social sciences and Michal Rovner for culture and arts.

The number of women honored is not an accident. Both EMET Prize Director Ilana Ashkenazi and award committee member Shlomit Barnea-Fargo encouraged institutions to nominate women candidates they deemed worthy of recognition.

“This year, we made efforts to find women and present worthy candidates – many of whom were women,” Arie Dubson, general manager of the AMN Foundation which allocates the money awarded for the prize, said.

That is not to say that one outstanding year for women means that full equality has been achieved in Israel. Unfortunately, the path to equality is a long and tumultuous road with many hurdles.

“We are trying as much as possible to create a situation where there is equal opportunities for men and women. It’s not a simple task, culturally speaking, we are a little bit behind. Part of what we have to do is to make sure that women get what they deserve,” Prof. Cohen said.

One of the biggest challenges ahead is overcoming innate biases, Illouz told the Magazine.

“I’m afraid it’s because many judges are male and judges can have unconscious biases. We all do. They are very powerful and these biases are about who is in authority. Discrimination starts and exists on all levels and layers,” the respected sociologist said. “Journals, committees and research funds are often headed by men and they co-opt and choose people similar to themselves. So I would say we still have a long way to go until women are treated equally.”

“It’s tempting to say, ‘You see, the system works.’ I think true equality is when a mediocre woman would be as likely to be chosen as a mediocre man,” she said, not mincing words.

Award-winning comedian and writer Tina Fey once said while receiving the Mark Twain Prize for Comedy, “I do hope that women are achieving at a rate these days that we can stop counting what number they are at things.”

Then, perhaps, this should be the same goal for the EMET Prize or any other award for that matter: continuing to recognize outstanding, distinguished and worthy women until the point where doing so is not remarkable, it’s just how it is. 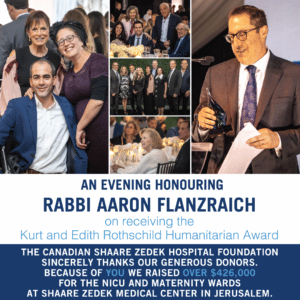 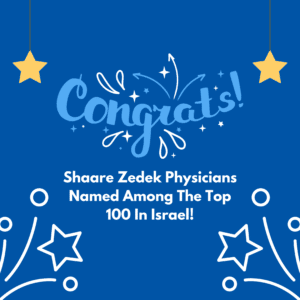