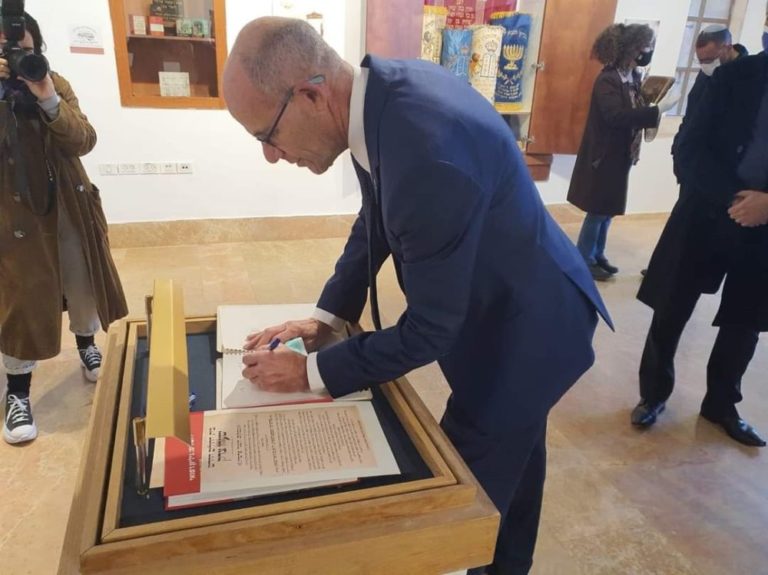 120 years ago, in January 1902, a delegation of dignitaries and locals gathered in the courtyard of a newly built, humble 20-bed facility on Jaffa Street, which marked the opening of the Shaare Zedek Medical Center in Jerusalem. The hospital is celebrating their 120th birthday by honouring their continuing practice of advanced medicine and excellent care. Recently, Jerusalem Mayor Moshe Lion, and Israel’s President Isaac Herzog joined in on the celebration. 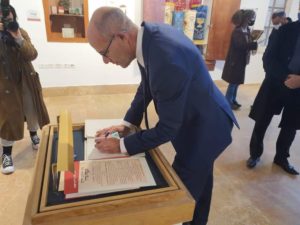 In 1902, following decades of building and planning, the Shaare Zedek Medical Center first opened its doors in the quickly growing western portion of Jerusalem. Even in those early days of the modern Zionist Movement, they recognized that in order for Jerusalem to develop as a modern city, it would need a medical facility built upon values of compassionate care and advanced medicine. Made possible through the vision and philanthropy of a coalition of European Jews, the same need for philanthropy remains today to ensure the vision of advanced medical care and excellence can continue to thrive, forever.

Today, as we mark this remarkable anniversary, we reflect pridefully on how the Shaare Zedek Medical Center has changed the face of medicine for Jerusalem, for Israel, and in many ways, for the global medical community. Shaare Zedek is now Jerusalem’s largest major hospital, which continues to grow in embracing new centers of excellence and methods of ground-breaking treatment, research, and scientific discoveries.

The Shaare Zedek Medical Center has come very far since that humble 20-bed facility on Jaffa Street. From moving to the new campus in 1979, growing the additional downtown campus in 2012, today Shaare Zedek maintains over 1,000 inpatient beds, and treats nearly 1 million patients annually. As a hospital that focuses on both clinical and research excellence, over 4,000 people proudly call Shaare Zedek their professional home and work tirelessly to embrace that very same tradition of compassion and progress that has defined Shaare Zedek since those earliest days.

Mayor Lion and President Herzog joined Shaare Zedek Director General Professor Ofer Merin, the hospital’s President, Professor Jonathan Halevy, along with Mr. Jack Bendheim, Chair of the Shaare Zedek International Board of Directors, and Mr. Benzion Hochstein, Chair of the Israel Board of Directors, to honour this special anniversary. As we celebrate this milestone 120th anniversary, in the midst of an ongoing communal and medical challenge, the hospital continues to provide the care and commitment to advancement that defines the unique spirit that is Shaare Zedek.

With your support of the Canadian Shaare Zedek Hospital Foundation, we will surely look back in another 120 years, with the knowledge and pride that Shaare Zedek continues to save lives, deliver lives, and change lives, every day. 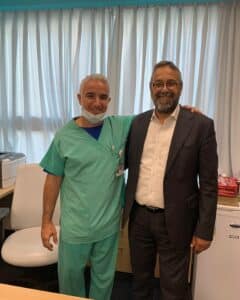 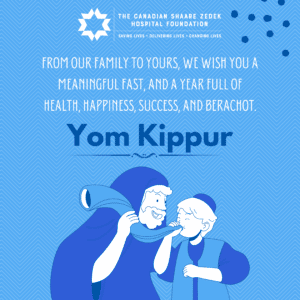