Hospitals that cater to Orthodox and ultra-Orthodox Jews in Israel have the lowest rates of cesarean-section delivery – a potentially risky procedure that the World Health Organization wishes to discourage when not performed for medical reasons.  Cesareans are “one of the most common surgeries in the world, with rates continuing to rise, particularly in high and middle-income countries

Although it can save lives, cesarean section is often performed without medical need, putting women and their babies at-risk of short- and long-term health problems,” the WHO said over the weekend.

The WHO’s statement underscores the importance of focusing on the needs of the patient, on a case-by-case basis, and discourages the practice of aiming for “target rates.” Cesarean section may be necessary when vaginal delivery might pose a risk to the mother or baby – for example due to prolonged labor, fetal distress or because the baby is emerging in an abnormal position, the WHO said. But delivery by cutting open the abdomen can cause significant complications, disability or death, particularly in settings that lack the facilities to conduct safe surgeries or treat complications.

Prof. Arnon Samueloff, chief of obstetrics at the capital’s Shaare Zedek Medical Center, told The Jerusalem Post on Sunday that last year, just 11.7 percent of its 22,000 deliveries were performed by cesarean. Shaare Zedek delivers more babies than any other hospital in Israel and apparently in the entire world.

“Our cesarean rate is relatively low and very stable,” Samueloff said. “This is due to two reasons. Many of our obstetrics patients are religiously observant; one-quarter of patients in our department have six or more children. The other reason is that if a woman wants a cesarean even though there is no medical justification for it, we will not refuse to do it, but we will try very hard to persuade her to have a vaginal birth,” he said.

“The average Israeli cesarean rate is over 20%, but some hospitals do much more. In the US, it is significantly higher than here because most babies are delivered by doctors and not midwives, which is the rule in Israel. Doctors in the US and elsewhere tend to prefer doing more cesareans so they have regular hours, to try to avoid malpractice suits and even for financial reasons,” Samueloff said, “and many American women prefer childbirth by surgery rather than naturally.”

He noted that Shaare Zedek’s obstetrics department, with a very specific population of women, has “among the lowest rates of cesarean, along with Laniado Medical Center in Netanya and Ma’ayanei Hayeshua Hospital in Bnei Brak” – both of which cater to a large ultra-Orthodox population. When Samueloff did his post-doctoral work at the University of San Antonio Hospital in Texas in the 1990s, the cesarean rate was around 11% and it has grown now to about 30% or more, the senior obstetrician said.

It is more difficult and risky for women to have a large family if they give birth by cesarean, Samueloff said. When a woman had a cesarean and gets pregnant again, Shaare Zedek’s rate for v-bac (vaginal birth after cesarean) is 86%.

“Many women who already had a cesarean in another hospital come to us intentionally to try to avoid having another one,” he added.

The complications of unnecessary cesareans include more bleeding, blood clots and injury to the mother’s tissues that could affect later pregnancies, including the need to remove the uterus, Samueloff said, while they can cause respiratory and other problems in the baby.

The WHO said that since 1985, the international healthcare community has considered the “ideal rate” for cesarean sections to be between 10% and 15%. “New studies reveal that when cesarean section rates rise towards 10% across a population, the number of maternal and newborn deaths decreases.

But when the rate goes above 10%, there is no evidence that mortality rates improve.

“These conclusions highlight the value of cesarean section in saving the lives of mothers and newborns,” said Dr. Marleen Temmerman, director of WHO’s department of reproductive health and research.

“They also illustrate how important it is to ensure a cesarean section is provided to the women in need – and to not just focus on achieving any specific rate. More research on the impact of cesarean section on women’s psychological and social well-being is still needed.”

In addition, said Temmerman, “due to their increased cost, high rates of unnecessary cesarean sections can pull resources away from other services in overloaded and weak health systems. The lack of a standardized internationally accepted classification system to monitor and compare cesarean section rates in a consistent and action-oriented manner is one of the factors that has hindered a better understanding of this trend.”

The WHO proposes adopting the Robson classification – which classifies all women admitted for delivery into one of 10 groups based on easily identified factors – as an internationally applicable cesarean section classification system. 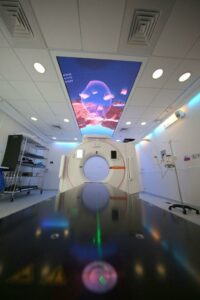 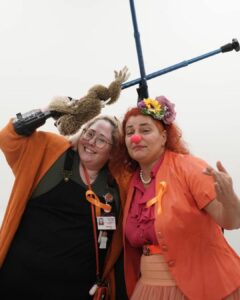 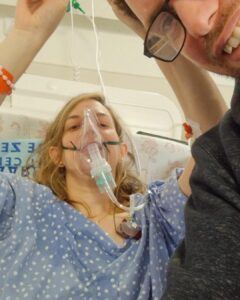 Accessibility Even in the Delivery Room!

33-year-old Pearl was born with visual and hearing impairments, which means she’s had to face