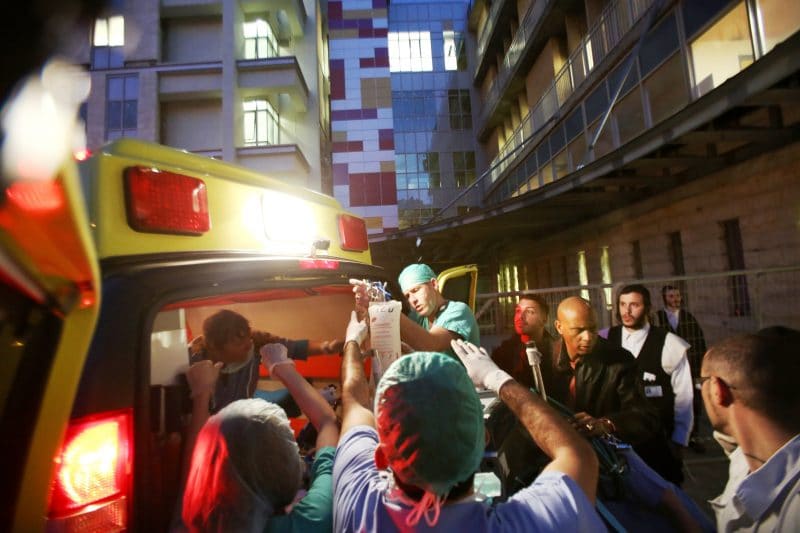 Emergency medicine is an ever evolving specialty and Shaare Zedek has always been at the forefront of the newest and most innovative practices, both medically and technologically.  In September of 2004, Shaare Zedek completed a new ER that was three times the size of the previous department. Because of its central location, Shaare Zedek was the recipient of approximately 77% of those injured in the spate of stabbings and other terrorist attacks in Israel since the fall of 2015. Thanks to its stellar reputation, the Shaare Zedek ER now receives more than 140,000 patients each year. Designed with the visionary guidance of the late Dr. David Applebaum, who was murdered together with his daughter Naava in a terrorist attack in 2003, the Emergency Department is brilliantly constructed in a ring concept, with the outer rings used for the less serious patients, while the inner ring serves as a central core of activity for aggressive and sophisticated responses to the most critical cases. One of the most impressive innovations implemented in the ER is the computer tracking of every patient. From the moment patients arrive at the ER, they are registered in the system, which lists their arrival time, the name of the treating physician, their tentative diagnosis, their location in the department, which tests have been conducted, which drugs have been administered, which procedures have already been carried out and whether any additional procedures have been scheduled. A large tracking board in the center of the department enables staff members to determine at a glance the status of any patient. Our ER epitomizes the synthesis of compassion and technology, and lives by the credo that we are about more than just steel, mortar and bricks. We heal with our heart, we heal with our faith and we heal with our ability to treat patients, not diseases.