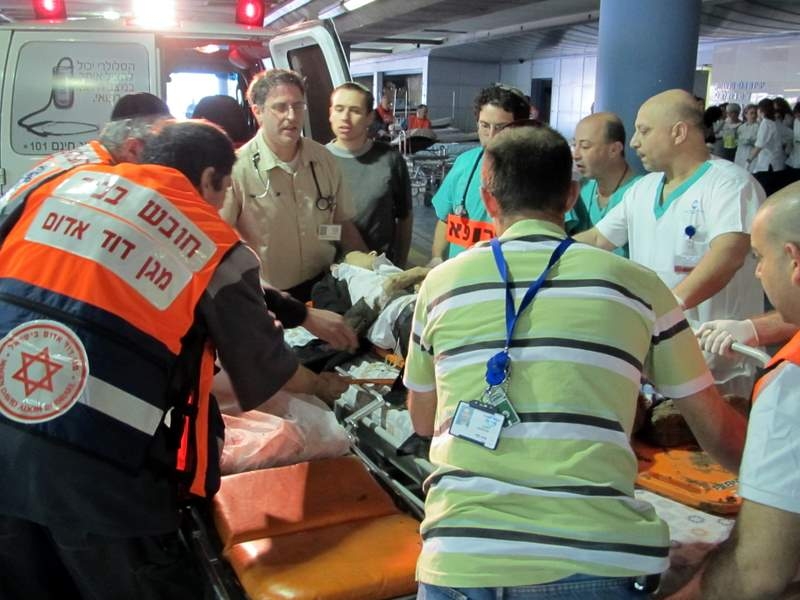 The Canadian Shaare Zedek Hospital Foundation exists to raise funds for the Shaare Zedek Medical Center in Jerusalem.  As Jerusalem fastest growing hospital in the region it continues to respond to the needs of Jerusalem’s uniquely diverse population. Whilst ensuring advances in medical care  are delivered with compassion and individualized attention to the needs of the patient, while always embracing scientific and technological progress.

With over 750,000 patients treated annually from every race, religion and nationality, in two major campuses, encompassing dozens of inpatient departments, outpatient units and research institutes, Shaare Zedek is Internationally recognized as a medical pioneer, both in Israel and around the world.

More Jewish lives are brought into the world at Shaare Zedek than at any other hospital in the western world, with over 22,000 babies delivered annually. That translates into 60 Jewish babies a day. Given the hospital’s location opposite Yad Vashem memorial to the Holocaust, this makes a profound statement about the continuity of Jewish life.

Academically affiliated with the Hebrew University of Jerusalem, Shaare Zedek is a pioneer and leading academic research institution, involved in international collaborations including The Hospital for Sick Children, and deeply committed toward advancement and scientific progress.

Boasting the highest ranked and busiest emergency and trauma department in Israel, staff from Shaare Zedek’s internationally recognized Disaster and Emergency Response Center are included in the IDF Field Hospital team who are among the first responders to natural disasters around the world, including the most recent earthquakes in Japan, Haiti and Nepal. In fact, our newly appointed Director General, Dr. Ofer Merin is also the Commander of Israel’s unique IDF Mobile Field Hospital which is officially recognized by the World Health Organization of the United Nations as the best in the world.

Shaare Zedek is a privately funded hospital and receives very limited support from the Israeli government to upgrade equipment and technology, develop ground-breaking international research and ensure state-of-the-art medical training is available to staff. As such, the hospital relies heavily on the generosity of donors around the world to ensure that the hospital remains on the world stage as a leading healthcare provider and raises $30 million worldwide annually.

Our researchers are developing new cancer drugs; innovating new forms of gene therapy to treat and prevent disease; improving the treatment of Autism and ADD through the use of medical cannabis; studying nano-particle eye drops which will revolutionize vision by replacing the need for eyeglasses; and finally, Shaare Zedek will lead the Israeli contingent in a large-scale international study surrounding the genetic mutation, BRCA-1 and the reduction of cancer risk in healthy carriers of this mutation.

CHAIR OF THE BOARD

BOARD OF DIRECTORS   (Canada) 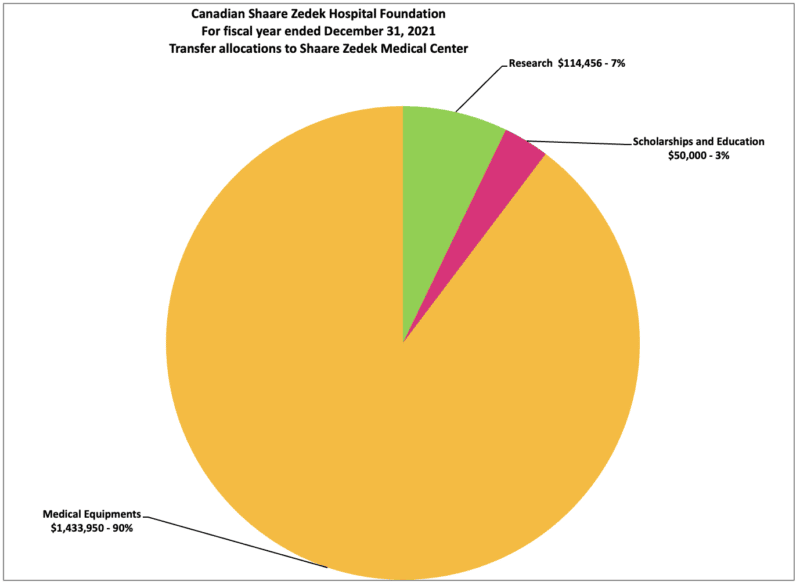 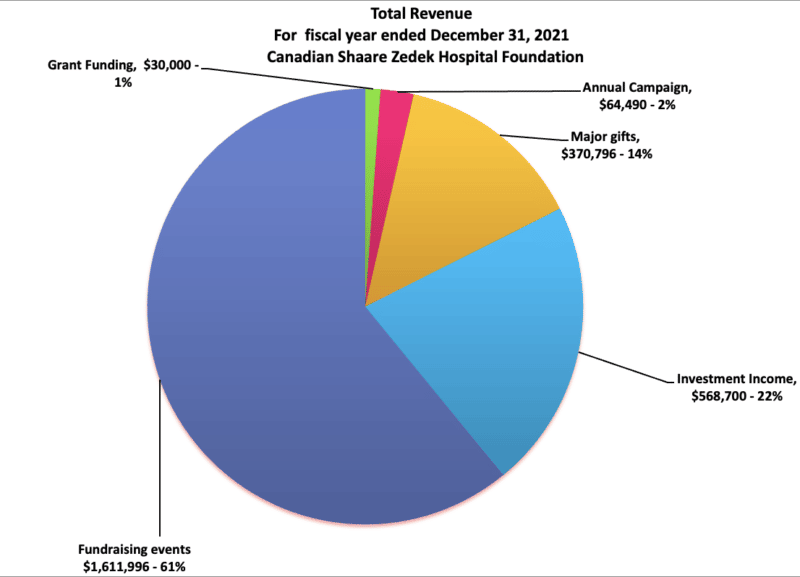 COMMITMENT TO OUR DONORS

The Canadian Shaare Zedek Hospital Foundation has established donor recognition and stewardship programs that encourage donor participation and a sense of belonging; both of which are important components of building meaningful and lasting relationships with our donor community.

Our Stewardship Policy has been written to ensure that those who contribute financially to The Canadian Shaare Zedek Hospital Foundation receive appropriate attention and prompt communication.

All contributors to The Canadian Shaare Zedek Hospital Foundation, which are not themselves registered charities, are entitled to receive an official receipt for income tax purposes for the amount of eligible contributions made in cash or for the fair market value of the property contributed. The governing board may establish a minimum amount for the automatic issuance of official receipts, in which case smaller contributions will be receipted only upon request.

Our fundraising solicitations will truthfully describe our projects or programs for which the contributions will be used; and respect the dignity and privacy of those who benefit from our activities in pursuit of our objectives.