Oh What A Year It’s Been… 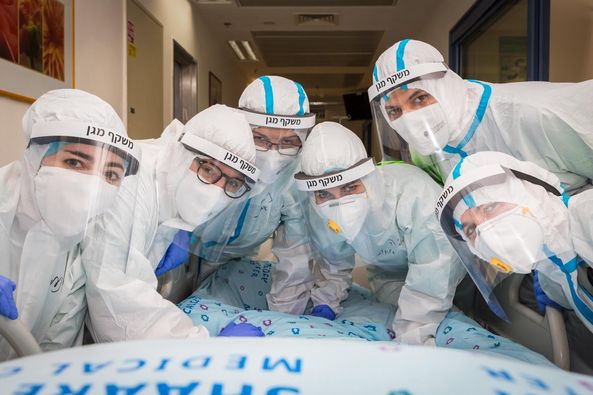 As we reach the end of 2020, an unprecedented year in medical care, we at Shaare Zedek can reflect on both the challenges we’ve faced alongside our many achievements.
Since admitting its first patient, until today, our Corona Unit recorded 69,316 hospitalization days with inpatient care provided to 3,432 patients. As of early on December 31st, patients in the Unit had received 1,225,284 hours of assisted respiration. Our staff went through 142,041 face shields, 1,121,276 protective gowns, 2,082144 masks, 50,950 full body suits and 140,423 pairs of gloves.
While Corona certainly defined the year for the medical center, there were many other accomplishments and developments recorded. Most significantly, the hospital is positioned to significantly increase in size and scope in the coming year with the projected completion of the first phase of the Cancer Care Center. This is all part of the “master plan” to be completed over the next decade and a half and designed to triple our patient care areas.
The Corona response began in early March when the pandemic first arrived in Israel with our medical teams trained and ready to confront the crisis with comprehensive and compassionate care. Immediately upon recognizing the scope of the challenge, our medical and support teams began setting up multiple Keter (Corona) units including a dedicated ICU, a large biological patient absorption unit, a pediatric Keter unit and various other support and treatment facilities. The hospital also set up Israel’s largest “Bio Bank” for analysis of patient data that has been used extensively for local and international research purposes.
A comprehensive testing system was set up by our Laboratory Department and we operate numerous clinics for the ongoing monitoring of prior COVID-19 patients – both children and adults.
Research efforts focused on early detection of Corona through non-invasive means including a collaborative study with Israel’s Biological Research Institute for a breathalyzer test for Corona.
In mid-December the hospital began intensive vaccination efforts in the very physical space where the first Corona patients were treated. The effort has already provided first doses to the majority of our staff.
Alongside this, all our “general” medical services went on at all hours of the day and night with surgeries, outpatient visits and of course births once again recording impressive annual numbers.
Among our proudest accomplishments for the year:
– Active construction moved ahead on our new Radiotherapy Institute and parking tower as well as building commencing on the expanded Emergency Department.
– The Department of Medical Genetics advanced new research for the early detection of the BRCA 1 and 2 mutations allowing for identification before the onset of cancer and significantly increasing patient survival rates.
– The Wilf Woman and Infant Center became the first maternity program in Israel to adopt a new protocol promoted by the International Pediatric Association to use specially designed “sleeping bags” known to be safer and address risks of Sudden Infant Death Syndrome (SIDS).
– Shaare Zedek became the first hospital in Israel to use an innovative surgical technique to address a congenital kidney malformation in a one-and-a-half-month old baby.
– The hospital recorded high marks in standard reviews by the Israel Ministry of Health which credited Shaare Zedek with providing the highest levels of service, delivered with professionalism in standing at the forefront of medical care for the people of Israel.
– Our medical staff once again contributed to IDF relief efforts including leading a major international field hospital drill.
– Internationally renowned ethicist and Pediatric Neurologist at Shaare Zedek Professor Avraham Steinberg received the prestigious Yakir Yerushalayim Award.
– A beloved and long-time volunteer at the hospital, Reina Abitbul, was selected for the high honor to light one of the torches at the annual national Independence Day celebration.
– Yirah Levy, a National Service volunteer who serves in the Corona ward was honored with an award for her service by Israel’s President.
We once again welcome the chance to renew our commitment to the people of Jerusalem and Israel, as Shaare Zedek has done for nearly 120 years, to serve our community with compassion, dedication and we look forward to a new year defined by happiness and health.
PHOTO CREDIT: Tal Heres 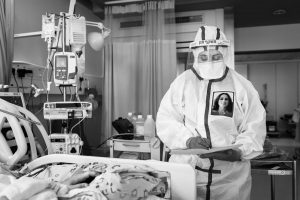 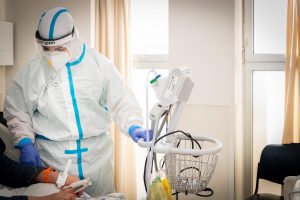 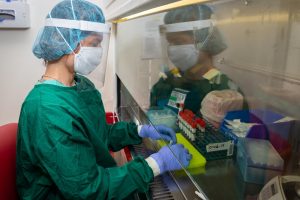